The muscles of the cat are organized into major groups.  For the purpose of a basic anatomy class, only the easily visible superficial muscles will be looked at.   Muscles are held together by connective tissue called fascia, which appears white in color on the specimens.   The fascia also serves as a boundary marker between muscles.

At this point, dissecting equipment is not really necessary. The goal is to massage and separate the muscles so that you can identify each one.  A probe or forces may be useful, but you definitely do not want to be cutting anything at this point.

Starting with the chest, using a probe or just your fingers push the muscles around until the divisions become apparent.  There are four main muscles of the chest visible in the cat:

In the photo below, the divisions have been marked for easier viewing. 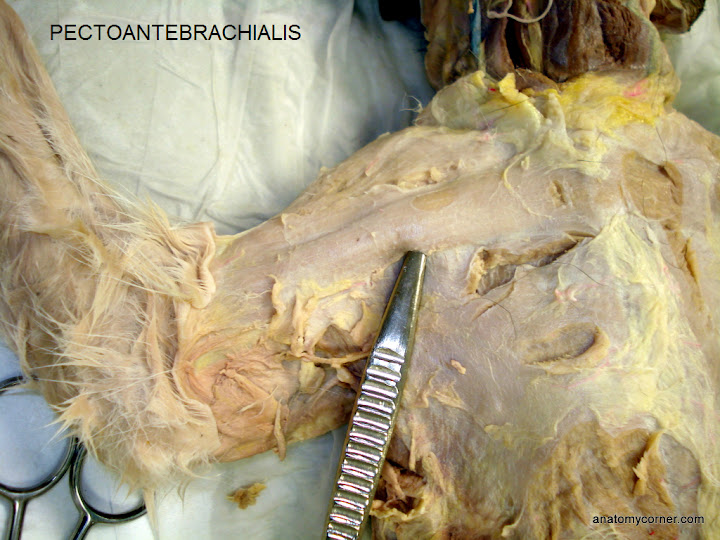 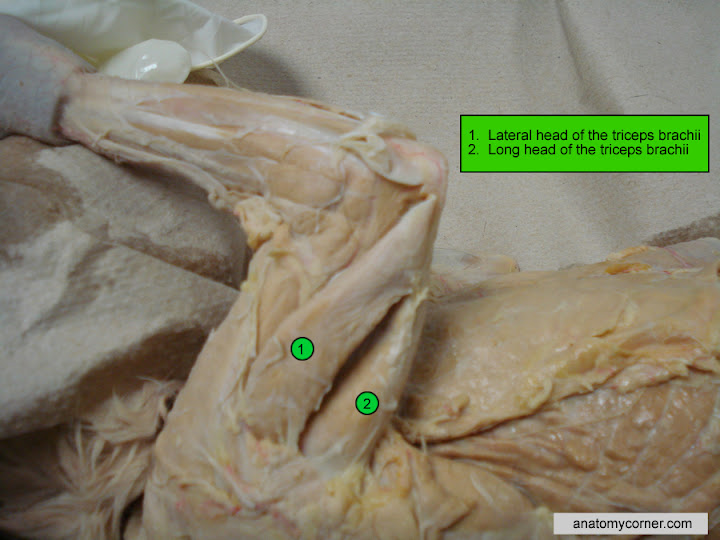 The biceps brachii are on the other side of the foream, and lie underneath the cat’s shoulder muscle, the clavobrachialis (in humans, we usually refer to this muscle as the deltoid, due to its triangular shape). 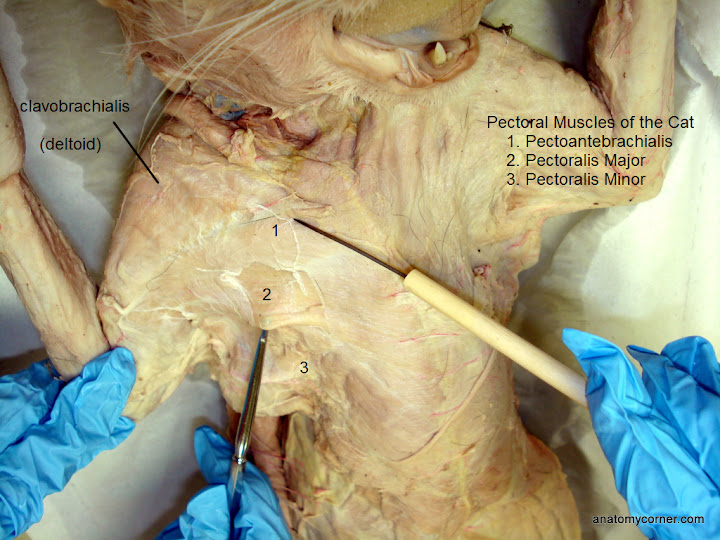 Located at the neck of the cat is the  sternomastoid.  This name reflects  the associated attached bones for the muscle – sternum and mastoid process of the skull. 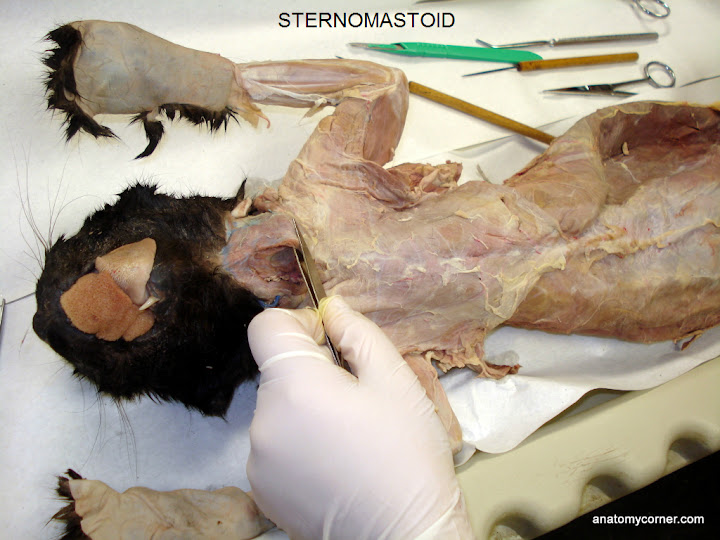 The muscles of the lower forearm can be separated and observed.   There are many of these flexors and exensors that operate the cat’s ankle and paws (claws).  For our purposes, we will not be identifying them individually. 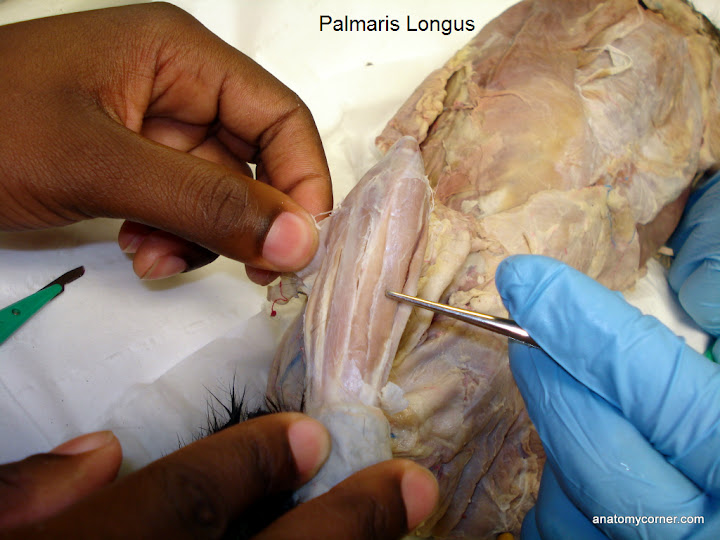 More photos and images can be viewed by clicking on the Cat Muscle Gallery.

Next section:  Muscles of the back and Legs.

resource site for teachers and students of Anatomy and Physiology. Find quizzes, diagrams, and slide presentations on structures, functions, and systems.